As recently as a year ago, a glut of resale and foreclosed properties, unstable pricing in virtually every resale sector, buyers looking for “the deal of a lifetime” and a less than favorable lending environment all contributed to a significant slowdown in Southwest Florida’s custom home new construction market. Uncertainty – over where prices would ultimately settle and over whether or not a resale home could meet the typical buyer’s lofty expectations – seemed to rule the day.

“In 2011, we were competing with the overall uncertainty in the market,” said Jim Hamilton, Director of Sales and Marketing for McGarvey Custom Homes. “Many buyers believed there were resale or distressed sale deals to be had and did not want to move forward with a purchase until they were sure prices had totally bottomed out. Others simply could not find a resale home that had everything they wanted and either continued looking, bought a home and went through a major renovation or chose to wait. Whatever the case, generally speaking, a year ago their focus was more typically on the resale sector than on having a conversation about building something new.”

“For the first seven months of 2011, we did not take on any custom build jobs,” said Mike Diamond, President of Diamond Custom Homes. “Re-sales weren’t the only factor. The short sales on the market were also a drag on new home sales. That was true not just in the neighborhoods we typically work, but also market wide. The equilibrium had not been restored in 2011. There was simply too much inventory – re-sale and short sale – available. People needed to exhaust what was already out there before they’d consider building a new home.”

“More often than not, what I saw in 2011 was people doing nothing,” said David M. Sturdyvin, President of Artisan Associates, Inc. and Vice President of Distinctive Communities, Inc. “People were cautious. They were concerned about the return on their investment and where values were going with all of the uncertainty and foreclosures in the market. Those who were interested in buying were all about finding a deal on a resale, not building a custom home. They chased the low numbers and never made a purchase because they couldn’t find a property that matched their expectations. What it finally came down to is it wasn’t just about the low number. They wanted to be happy.”

More stable and, in some cases, rising resale prices, significantly reduced resale inventory and foreclosure activity and slightly relaxed lending policies have seemingly helped assuage buyer uncertainty thus far in 2012. Improved market clarity and a desire to have exactly what they want have encouraged many buyers to engage in conversations about building new or actually moving forward rather than waiting any longer. Building permits issued for one and two family residences in Collier County year to date in 2012 are up over the same period last year. As of this writing, 543 Certificates of Occupancy with a total valuation of $149,035,437 have been issued since January 1, 2012 compared with 530 with a valuation of $123,847,144 during the first eight months of 2011. Even more telling is the degree of renewed buyer interest that custom builders are noticing.

“We had a seven-year free fall in pricing. Now it’s stabilized and even starting to creep back up,” said Mike Diamond. “We had confidence in the market where other builders did not. We built new inventory – new models that showcased our product – when others would not in 2011 and it paid off. In the first seven months of 2012, we sold two villa models in Grey Oaks and a model residence at Quail West. We currently have four custom build jobs underway in Grey Oaks and two more will start in the next two months. We’ve just gone to contract on a custom home in a premier golf course community. We’re also building another model in Grey Oaks and own a lot in Quail West where we’ll be building an estate home model. Custom build buyer activity is up significantly for us. We are well into conversations with custom build clients in a variety of neighborhoods, including Mediterra, Old Naples, Pine Ridge, Grey Oaks and Quail West. The environment is decidedly different this year and the conversations have become more urgent.”

“People are moving forward now, whether on an extensive renovation or on a new build project,” said Dave Sturdyvin. “While we had good activity on both fronts in 2011, the custom new build possibilities are just more evident in 2012. Our focus has turned back to our core business: building custom homes in golf course communities. We have three custom projects underway in Tiburon and we’re in discussions about another in Miromar Lakes. We’re considering starting a new spec residence in Marsala at Tiburon as well as specs in other communities. The renovation market has remained strong. We have multiple renovation projects in both Terrabella and Pelican Bay and we’re about to start another on Gulf Shore Boulevard. It’s clear the people who have been sitting on the fence see that land, re-sale and new construction prices have stabilized and are even going up. There is pent up demand and more market certainty. Further, our custom clients moved into the area and were not able to find an existing home that matched what they wanted. That’s a natural occurrence as resale inventory diminishes. 2012 offers a great opportunity to build new and people are realizing that. There is not a lot of sitting new inventory. If you want something new you have to build it.”

“McGarvey built villa product at Quail West in 2011 and also broke ground on an estate home model,” said Jim Hamilton. “Villa sales were strong. What was key for us is we realized the estate home market in Quail West was underserved. Our Casa Fiore estate model sold before construction was completed. We now have the Casa Vittoria estate model under construction. We’re also nearing completion of a villa model at Quail West. There just seems to be more confidence in the marketplace. We’ve seen two types of buyers. One is looking to take their time and build exactly what they want. Others don’t want to wait and prefer model or spec homes that have the latest designs, features and finishes over a resale. To provide the possibility of both customization and quick delivery, we’re building three decorator ready villas at Quail West that will allow buyers to select their flooring, cabinetry and paint colors. We’re also working with people in areas such as Port Royal, Royal Harbor and Old Naples to do some large scale custom homes. These conversations indicate the market is getting healthier. We’re cautiously optimistic we’ll continue to see these advances in the coming year.” 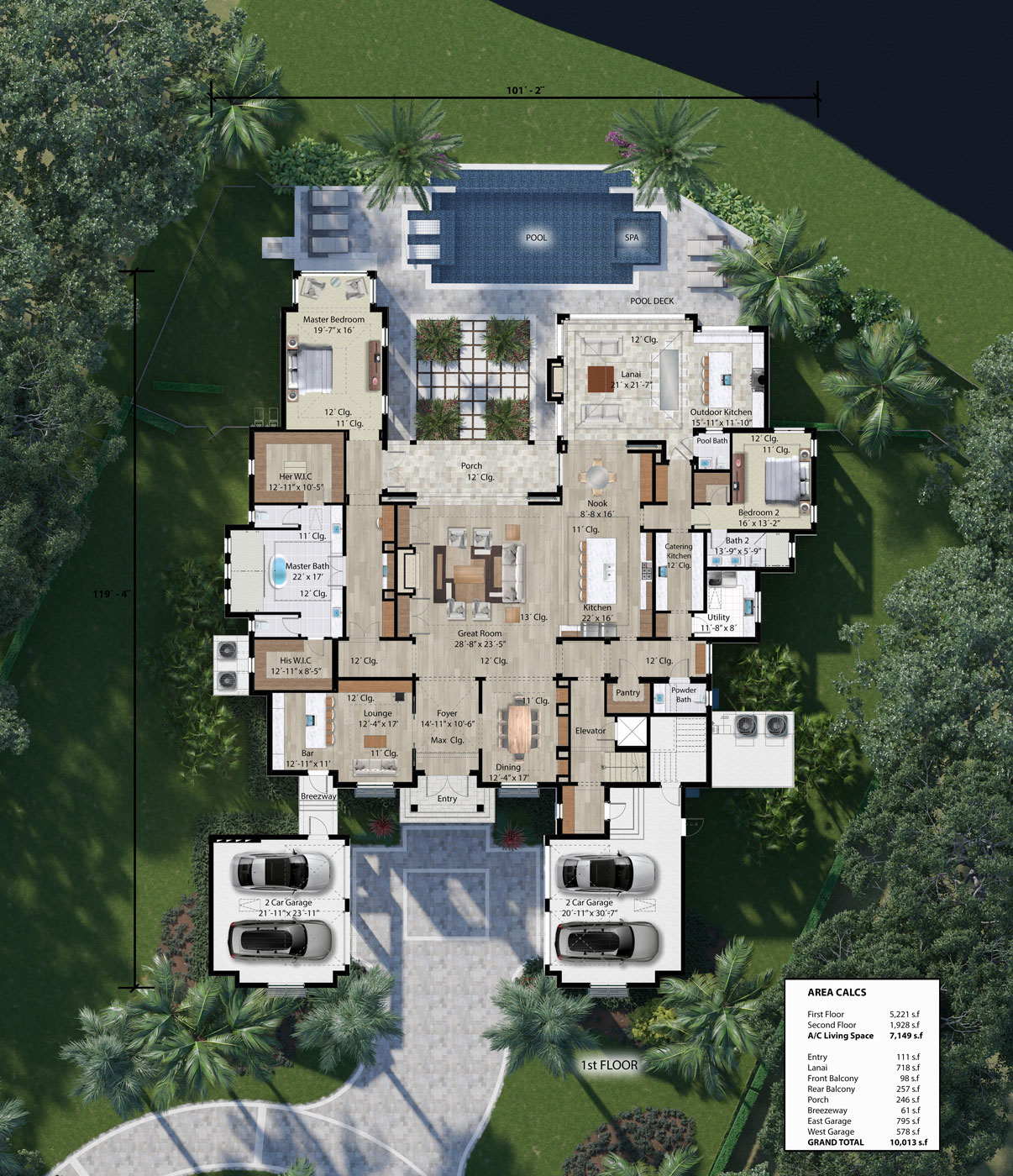 Stay in Touch with the Latest Diamond News